ADVANCED DIGITAL PROTOTYPING IN THE AGE OF “GO FASTER”

JOE ARNONE served as CHIEF OPERATIONS OFFICER during his time with RADIUS. Joe transitioned over to Jabil as Head of Center of Excellence for North America and still works closely with Radius.

In today’s economy, where consumers want the next big thing within the next hour, time-to-market means the difference between winning and losing.

One of the key battlegrounds in the age of “go faster” is the new product introduction period where ideas are brought to life by iterating the design/build/analyze/test framework before moving into manufacturing. Traditionally, this was a daunting task, pocked with uncertain timelines, hidden costs, and risk. However, the gap between design and manufacturing is beginning to disappear – with Accelerated Product Introduction (API) making end-to-end innovation a reality. 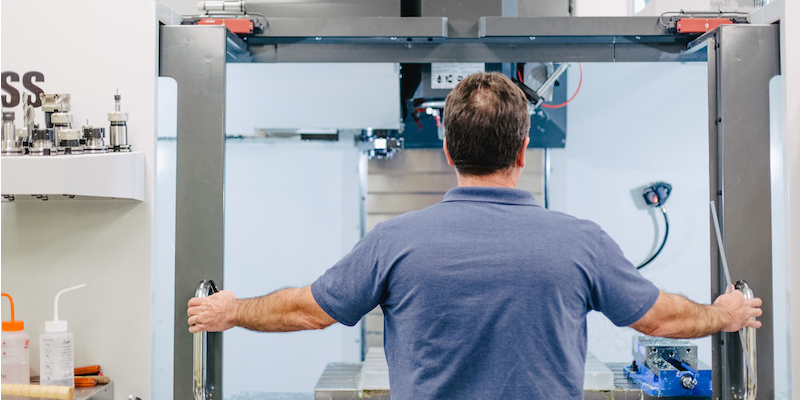 The Gap Between Design and Manufacturing

Before the advent of digital prototyping, designing a new product was a manual process. With hand and machine tools, designers and engineers sketched, sculpted, and welded their way through multiple rounds of revisions to realize a final prototype. This intense attention devoted to the smallest of details meant designs could take weeks or even months to complete. This process was unquestionably elegant, but it was certainly not envisioned with speed in mind. Digital prototyping upended this, ushering a new level of agility into the new product introduction process. Digital prototyping means virtually connecting the entire development process, designing and testing a completed product before investing considerable sums of capital in tooling, assembly, and test equipment. This new software-driven workflow has proven to be a game-changer, hyper-accelerating the innovation and development process, and drastically reshaping the roles and responsibilities within design teams. “While a craft aspect still remains, it’s a totally different ballgame now,” said John Van Akkeren, President, Radius Innovation & Development. “Now we have millennial machinists that are using digital data to speed everything up and drive the process.”

Despite the efficiencies realized by digital prototyping and the emergence of rapid digital prototyping a few years later, a gap remained between design and manufacturing, where the digital thread was severed. Until recently, there was not a seamless transition between the end of the design stage and the beginning of the manufacturing stage. But now innovation consultants and manufacturers with the ability to scale are bridging this divide by housing digital prototyping labs and manufacturing expertise under the same roof. “It’s not just about what to make and why to make it anymore,” said Bill Muir, Chief Operating Officer at Jabil. “Now it’s about complementing that design and innovation expertise with the ability to make it at scale, at the right price point, and the right level of speed.”

The design/build/analyze/test framework is critical to product development. You don’t want to change that formula, but through the use of digital technologies and the enablement of tools and machinery in close physical proximity, you can compress this loop. By allowing design teams to learn and adapt faster, new levels of speed and learning are introduced into the process. At Jabil, this compression and synchronization are known as Accelerated Product Introduction, or API, a formula for bringing products to market at hyper-speed and at scale.

Today, API is achieved through a unique experience at the Blue Sky Center, a new digital prototyping lab that sits snugly between Radius’ design expertise and Jabil’s digital manufacturing know-how. Operated by highly skilled designers and engineers, this innovation accelerator gives both nascent and established brands the ability to transform a design into a quality prototype quickly, efficiently, and economically. A product management team can now build their first working prototype within days rather than months. They can also produce 1, 3, 5, or 100s of prototypes for quality and market testing purposes. If the product receives market validation, thousands of units can be produced acting as a precursor to full-scale manufacturing. For the first time ever, all of this can be done under one roof. Within this larger innovation center, there are five-thousand square feet devoted purely to prototyping. The digital prototyping lab consists of four connecting labs that each serve a unique purpose. The first lab is a machine shop with five-axis, high-speed machining that can create infinite forms in myriad materials. The next lab, which houses production-grade 3D printers, allows designers and engineers to produce and evaluate design artifacts in a matter of hours.

The next stop is the 3D scanning lab which utilizes an industrial CT Scanner to check the geometries of any design, both at the component and at the assembly level. This technology can be used to look inside a product to diagnose problems in a prototype or an established product without disassembly. This allows us to challenge or confirm design assumptions in an as-assembled condition, empirically, rather than the time and expense of performing numerous tolerance stack analyses or Finite Element Analyses. The last stop is the mechatronics lab where the final assembly occurs. The remaining 5,000 feet of Jabil’s Digital Prototyping Lab at the Blue Sky Center is composed of test equipment and an assembly lab. “At most other labs, you have to order parts and then engineers put things together for you. At the Radius Digital Prototyping Lab, we are directly connected with all of the other technologists that reside here at the Blue Sky Center,” said Van Akkeren. “Rather than ‘sending out for parts’, they are a part of the inner process, which helps compress and accelerate the integration of technology and speed to margin, getting that product onto the market.”

By utilizing cutting-edge technology in rapid prototyping, product development teams are able to analyze and test their designs, and either reduce or increase the number of iterations, ultimately resulting in realizing a viable product more quickly. The digital connection of labs, ranging from automation to IoT, allows product teams to accelerate the design/build/analyze/test loop, which are key elements of the product development process. “If a team can come into the Digital Prototyping Lab and get a demonstrator model in front of their executives in days, rather than months, that is so powerful,” said Van Akkeren. “The longer it takes to get through the design stage, the higher the budget goes and the more likely the project will be killed.”

As competitors aggressively vie for first-mover advantage, the ability to quickly manifest something that is functional and tangible is incredibly powerful. For example, RayVio, an advanced health hygiene company, utilized the Jabil’s API methodology to develop a prototype that showcased their proprietary Ultraviolet LED technology. With Jabil’s help, RayVio designed a consumer product that provides clean water and safety from infectious diseases. “It’s really the passion and the domain expertise that contributed to the success of a six-week project that also became a vehicle for us to validate all the claims associated with our technology,” said Yitao Liao, Chief Innovation Officer & Co-founder, RayVio. “Being able to get this prototype into the hands of potential customers and partners in a timely fashion, really helped RayVio in terms of getting the business going.”

When innovation and design are disconnected from manufacturing and commercialization, the risks associated with new product introduction grow exponentially. Housing design and digital manufacturing expertise under one roof can be tremendously valuable and creates a major competitive advantage. “People want to get a product to market faster, and again, by having these resources and capabilities in one location that our customers can conveniently access, we can compress that cycle,” said Van Akkeren. “We have IoT, automation and many other labs here, so we can not only design the product but start to design the manufacturing processes that are going to be needed to realize their vision.”

Consumer expectations are on the rise as new technologies and products are saturating the market. This demand is putting enormous pressure on product brands to ideate and deliver the next-big-thing before their competition. Efficiencies in design and manufacturing are giving forward-looking companies the edge they need to succeed. With rapid digital prototyping becoming a standard practice over the past three to five years, the industry is equipped to trailblaze the next frontier: Accelerated Product Introduction that bridges the gap between design and manufacturing. This end-to-end innovation service provides unprecedented speed and assurance, a cure for irrelevancy in the digital age.